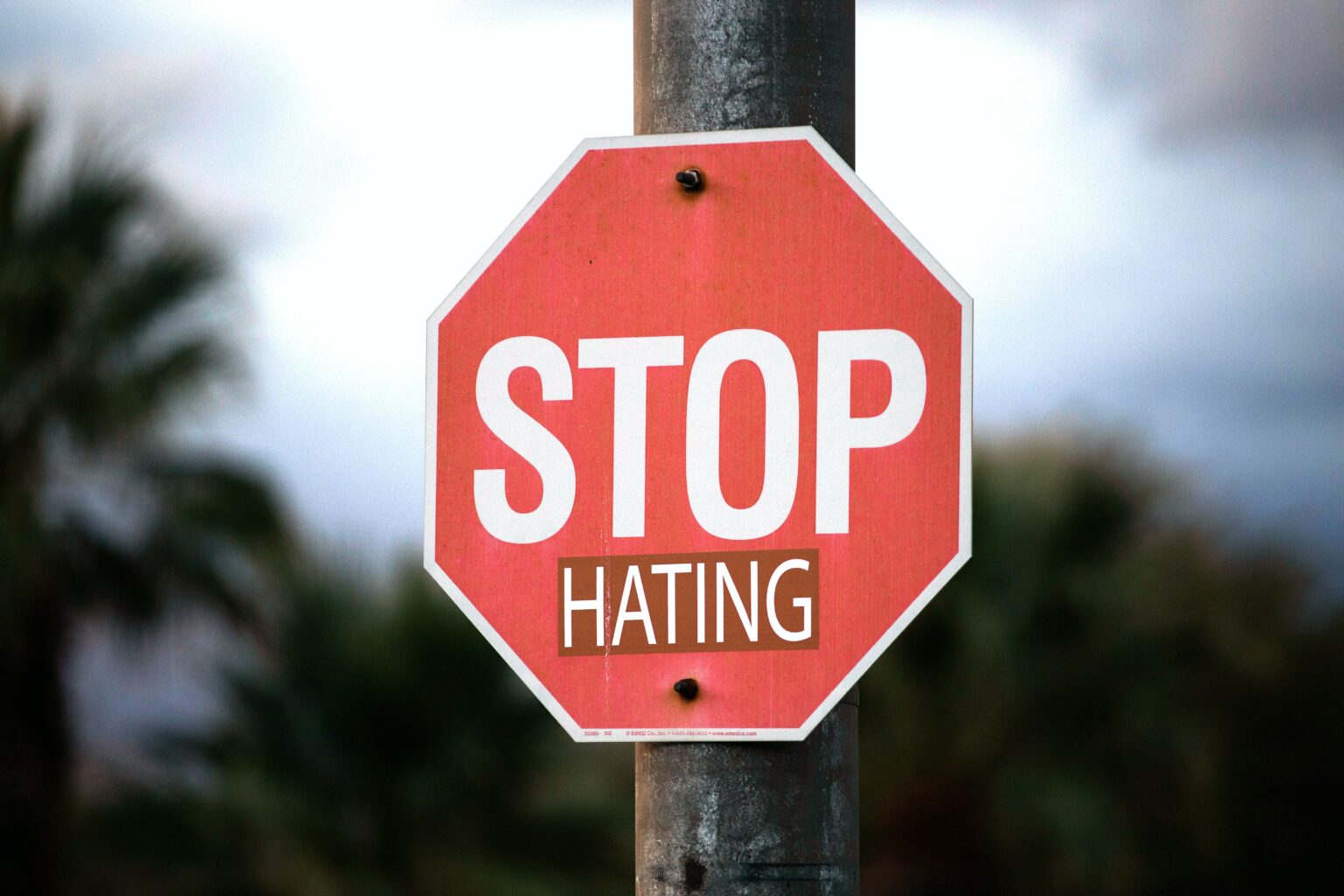 In ILGA-Europe’s latest Annual Review, we’ve reported anti-LGBTI hate crime in almost every country we represent. From Finland to Turkmenistan, a wave of violence, fuelled by the rise of anti-LGBTI rhetoric from politicians and other leaders in 2021, has arisen. Read on to find out what happened in your country.

This week, on February 22, we marked the European Day for Victims of Crime. Our Annual Review of the Human Rights Situation of LGBTI people in Europe and Central Asia, published earlier this month, shows a staggering rise of anti-LGBTI rhetoric from politicians and other leaders, fuelling a wave of anti-LGBTI hate crime and verbal violence reported in almost every country. Scroll down through our A-to-Z, to see what’s happening in your country, or read the whole shocking blog, country by country. Either way, our Annual Report shows the urgent need clear laws against LGBTI-phobic hate, together with proper social and support services for victims.

In December, Pink, a community-based LGBT organisation, held a camp that was attended by 25 LGBT people and was held at a hotel. The organisers and participants were verbally harassed and threatened by other guests of the hotel.

An increased number of hate crimes took place this year. The NGO SoHo collected those between January — July 2021. For instance, a group of young people were assaulted in Vorarlberg, and the victims were hospitalised with serious injuries. Rainbow flags and other symbols were vandalised.

Hate crimes against the LGBTI+ community continued to be a serious issue this year. In May and June, a series of attacks took place in Baku against trans people (see here, here), gay men (see here, here), and a gay couple. Ten incidents were reported to the police, but the response has been poor.

A presumed homophobic murder by three minors shook Belgium in March. The victim David Polfliet was a gay man, who was lured on a date via a dating app and was later found dead in a park in Beveren. Prime Minister Alexander De Croo flew a rainbow flag from his residence the next day.

CSOs documented four cases of domestic and family violence against LGBTI people in 2020 and two in 2021.

The first-ever Bourgas Pride was held on 15 May, marking the first Pride march to take place outside the capital. The 40 participants were attacked by hundreds of extremists who threw eggs, stones, and smoke bombs at them and burnt a rainbow flag. Both the LGBTI community centre, Rainbow Hub, and the LGBTI-inclusive space, The Steps were vandalised several times. The attacks culminated on 30 October when the presidential candidate and neo-fascist party leader, Boyan Rasate stormed into Rainbow Hub with ten others, punched a staff member in the face, and destroyed furniture and electronics.

Pressured by homophobic bullies at a party to binge drink beyond his tolerance, a teen fainted and was left to choke to death in February. Three of the peers received 18 months of suspended sentence for involuntary manslaughter.

One of the billboards featured in QCA’s awareness raising campaign ‘My right’ was vandalised in the Trikomo — Iskele region in December.

In Zagreb, six of 20 rainbow flags raised to mark the beginning of the Pride Month, were torn down, stolen, or burnt. For the first time in 10 years, several participants of Zagreb Pride were attacked by extremists, who verbally assaulted, hit, beat, and spat on them. The attacks mostly targeted young gay men and lesbian women.

A gay couple suffered a homophobic attack in the centre of Prague for holding hands in public.

On July 2, Vikervelo, a cycling race supporting the LGBT+ community and an equal society, took place in Tallinn. When the organiser biked around just before the event, he was attacked by two men who also tore off a rainbow flag.

In July, several participants of a party organised by Seta Jyväskylä were physically assaulted by a man who said he “hated homosexuals”. A rainbow star a rainbow star sign in Turku was vandalised a few hours after it was painted. Rainbow flags were stolen in Lahti and Oulu, and vandalised in Järvenpää.

A gay man was murdered in April, a lesbian couple in August, and a trans migrant sex worker woman in September. At least six trans people are known to have committed suicide due to transphobic harassment.

The Ministry of Interior’s annual report found a 39% increase in anti-LGBT hate crimes in 2020 compared to the previous year.

The Racist Violence Case Record Network’s annual report documented 30 anti-LGBT hate crimes in 2020. Several anti-LGBT attacks, verbal and physical, were carried out on the day of the Athens and Thessaloniki Pride Parades, during and after the marches.

Several rainbow flags and LGBTQI hubs were vandalised including in Dublin, Carlow, Cork, Waterford, and other towns. In April, leading trans activist was notified by the Gardaí of a threat to their life by far right aggressors. In September, a non-binary person was physically and verbally assaulted in Galway, a week after Pride events.

In March, police in Catania beat up several sex workers, some of them trans women and migrants, following numerous raids earlier. A trans sex worker was assaulted in August in Pompeii. Young lesbian girls were assaulted in Rome by teenagers. A graphic video spread of a gay couple who were assaulted in the metro in Rome in February. A young lesbian was kicked out of her home by her family and received death threats from them after coming out. An 18-year-old committed suicide due to constant bullying and a 12-year-old was beaten up on his way home in Perugia.

A blogger posted a video of himself burning rainbow coloured pop-it toys.

Civil society reports that over 300 anti-LGBT posts were removed from social media platforms this year. Three individuals were found guilty of hate speech and incitement against LGBT people online. “No LGBT Zone” stickers appeared in the spring, in Riga and other cities.

In July for instance, news articles circulated about homophobic bouncers in a club.

Several hate crimes took place this year and several LGBT people reported domestic violence cases to civil society. A young lesbian woman was subjected to an attempted rape by her co-worker who wanted to “correct her sexual orientation”.

Trans, intersex and gender diverse people, who had to move back to their families due to the COVID-19 pandemic, continued reporting feeling isolated and being targeted by violence by family members or partners. The victims did not want to file formal complaints.

Hate crimes continued to be a serious issue, and included vandalism (see here and here), death threats, arson attacks, and physical assault. The government reported 2,336 anti-LGBTI violence and discrimination cases in 2020, up from 2,072 in 2019.

The 2020 hate crimes report of the police showed a decrease in anti-LGBTI hate crimes from 122 to 97 cases, for the first time since 2016. The police suspect one reason may be the COVID-19 pandemic.

In February, a gay couple holding hands was attacked in Warsaw: the aggressor stabbed one of them with a knife shouting “don’t do this in front of the kids!” In March, an LGBT+ sports team was attacked in Gdansk by a violent group. Two people were hospitalised. Rainbow flags were vandalised on Independence Day.

98 cases of domestic violence and assault have been reported this year, of which 50 are cases of gender-based violence.

In December 2020, a Roma trans woman was forcibly pulled off a bus, knocked to the ground, immobilised, knocked to the ground, immobilised, handcuffed and shoved in a police car. The victim claims that she was beaten continuously until they reached the precinct, where several police officers joined in the abuse, including taking pictures of her while she was humiliated.

Hate crimes against LGBTI people, including murder, physical violence and extortion were committed again this year (see for instance here and here). The authorities failed to classify them as anti-LGBTI hate crimes.

In July, a well-known radio DJ of San Marino spoke publicly about a homophobic attack he suffered in neighbouring Italian town, Pesaro, 50 kilometres away from San Marino. A group threw fruit at him and a friend on the street.

On 17 September, Belgrade Pride’s location was vandalised by a far-right group. The police detained the suspects. On 23 December, the Pride Info Centre was vandalised with graffiti and pictures of Ratko Mladic. Inscriptions read “Ratko Mladic Serbian Hero” and the Belgrade Pride — EuroPride 2022 logos were crossed out. This is the 11th time the Pride Info Centre has been vandalised, and so far there have been no prosecutions.

In July, teenagers verbally harassed and then beat up two men they perceived as gay, in Bratislava.

A young gay man, Samuel Luiz was brutally murdered by a group of seven in A Coruña in July. The homophobic murder sparked demonstrations and public outcry across the country, some of which were met with police violence. Following the murder, the office of the HIV Committee of A Coruña was attacked during the local Pride celebrations. The anti-LGBTI murals and graffiti were also common this year. Several benches painted with the LGBTI flag colours were vandalised in small villages.

On the eve of IDAHOBIT on 17 May, 100 rainbow posters were torn down in the city of Buchs.

Civil society reports that violence against LGBTQI+ people continues to be carried out on a daily basis. Life for Tajik LGBTQI+ people remained unsafe, even in cases where they had left the country.

Countless hate crimes took place against LGBTI people again this year. Trans women were assaulted in the street in March and July. A group of LGBTI+ activists were severely assaulted in March in Newroz. In July, several gay men were attacked by violent groups — one person was stabbed.

Article 135 of the Penal Code, criminalising consensual same-sex relations between men, which has allowed for arrest, intimidation, extortion, blackmail, and violence against members of the LGBT community, including by the authorities, continues to be in place.

Anti-LGBT hate speech and hate crimes continued to be a severe issue this year. Nash Mir’s annual report documented 80 hate crimes against LGBT people in 2020. In July, Nash Mir’s study also found that in 27% of anti-LGBT hate crimes the police called to the scene did nothing and in 38% of cases they did not record the crime or start an investigation.

On 28 March, a large group of men violently assaulted people they perceived to be LGBT and attacked a blogger who spoke in favour of equal rights for LGBT. LGBTQ+ Uzbeks reported going into hiding, as mobs kept cruising the streets and questioning people about their sexual orientation.

ILGA-Europe’s Annual Review identifies a sharp rise in anti-LGBTI hate-speech across the European region, often carried out by public figures. To mark European Day for Victims of Crime (February 22), we report on the ways in which such rhetoric is in turn violently affecting the lives LGBTI people.
read more
Press Release

As a sharp rise in hate attacks on LGBTI communities in Hungary, Serbia and Poland is reported, ILGA-Europe calls for the EU Commission to step […]
read more
News

A resolution adopted by the European Parliament today makes a strong call for an EU LGBTI strategy to counter the rise of official hate-speech and […]
read more
Subscribe to our newsletter
Subscribe
loading...