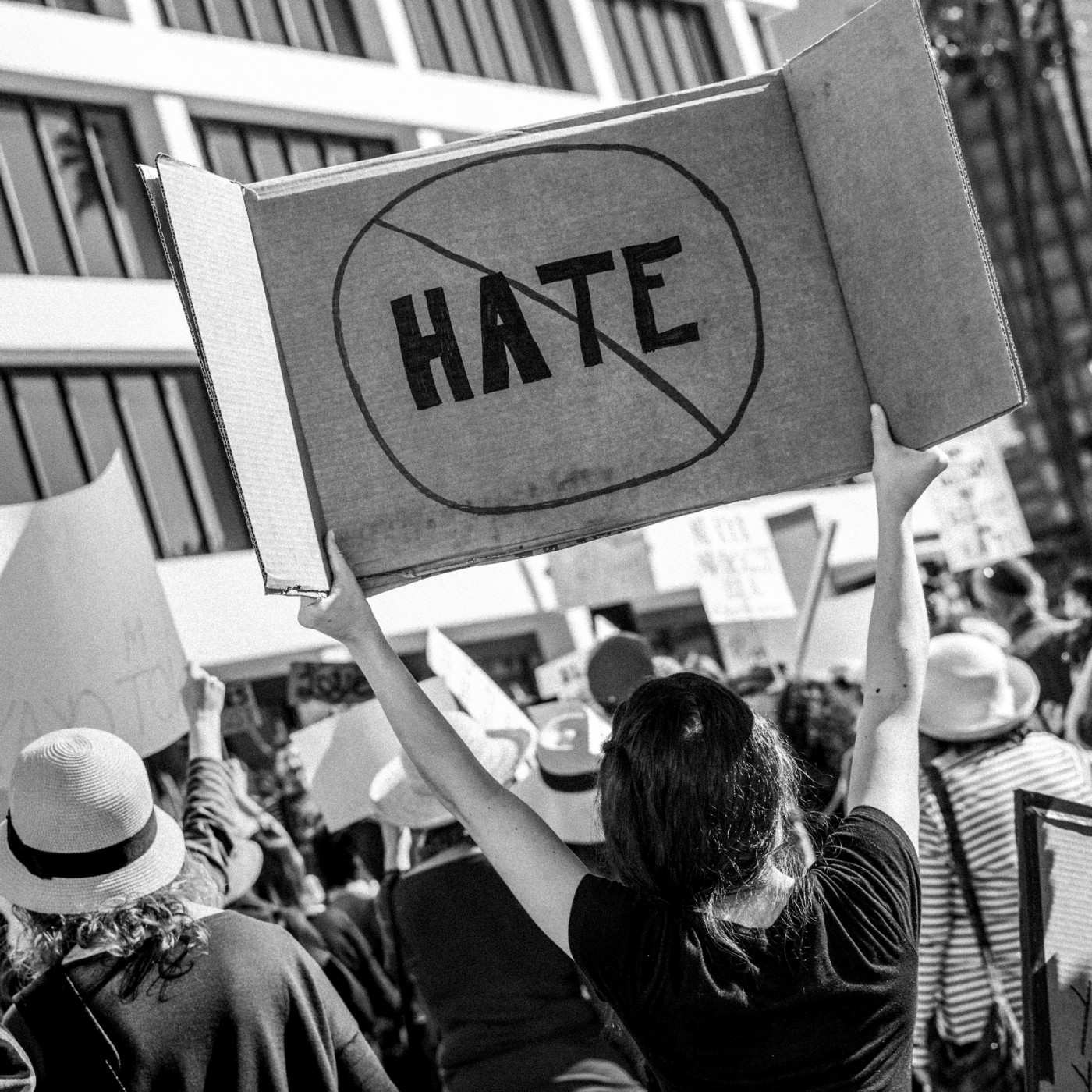 While this week Switzerland made hate speech illegal against people based on their sexual orientation, in 2019 one of the trends observed in ILGA-Europe’s Annual Review is a sharp rise in on-and-offline anti-LGBTI hate speech, often from political leaders, across Europe. As our Executive Director, Evelyne Paradis, recently shared at the Google Online Safety Summit, “LGBTI communities need to know that perpetrators of violent speech will be held responsible”.

Our current Annual Review, which was launched at the European Parliament on February 4, identifies trends and developments in the human rights situation of LGBTI people across Europe. One of these trends is a sharp rise in hate speech across the region, often carried out by public figures. One of the cases which received the most media attention was in Poland, where anti-LGBTI rhetoric by the governing Law and Justice (PiS) Party resulted in more than 80 municipal or local governments proclaiming themselves to be “free from LGBTI ideology”.

However, while much of the public and political attention was focused on Poland, ILGA-Europe’s Annual Review 2020 identifies growing official hate speech from political and religious leaders in other countries, where anti-LGBTI rhetoric was propagated with impunity. In most Central Asian countries, including some where LGBT people continue to be criminalised, there are reports of official hate-speech. Here is what we found:

In October, MP Kujtim Gjuzi (Conservative Party) publicly threatened LGBT people on a prime time political show on RTV Ora. The host also made negative statements. Both cases were reported to the Council of Complaints at the Albanian Media Authority, which issued a warning, but did not impose a fine on the channel.

In February, Aynur Sofiyeva, Deputy Chairperson of the State Committee for Family, Women and Children Affairs, made homophobic remarks at an event, criticising the West for trying to impose same-sex marriage on others.

In July, Dmitry Tsayun, official of the Ministry of Interior, said that LGBT equals pedophilia in an article published on sexual violence against children. The project, whose platform published the article, was supported by UNICEF Belarus. Local civil society urged UNICEF to promptly remove the article, which they did. It is however still available on the Ministry’s website.

Following the news that the country’s first Pride would be held in September, hate speech became more common, mainly on social media. For instance, MP Samra ?osovi? Hajdarei? publicly called for the isolation and expulsion of LGBT people from society, and particularly children.

In August, following international public outcry, the Attorney General called for an investigation of the Bishop of Morfou’s statements, that gay men give off a “particular odour” and can be identified by “holy men”. The police dropped the case, finding no element of hate speech.

A spokesman of the Czech President, Ji?í Ov?á?ek, stated that “the ideologies of ‘climatism’, LGBT or ‘genderism’ are totalitarian”. Chairman of the Senate, Mr. Kubera, made similar statements. AntiLGBTI sentiments are one of the key drivers of the new ultra conservative party Trikolora, founded this year.

In February, an MP of the “Georgian Patriots” tabled an initiative to eradicate the terms sexual orientation and gender identity from 14 laws. The initiative was not adopted.

In January, Panos Kammenos, Minister of National Defense was sued by the Greek Helsinki Monitor for his homophobic hate speech against MP Georgios Amyras from the centrist party, To Potami. Kammenos’s remarks were both homophobic and sexist. No official apology followed.

On 15 May, Speaker of the Parliament and former President László Kövér (Fidesz) stated that “morally there is no difference between the behaviour of a paedophile and the behaviour of someone who demands” same-sex marriage and adoption sparking outrage.

In February, the Prosecution initiated (ex-officio) a case against an official in the Ministry of Justice for hate speech against LGBTI people. In a comment on social media the official wrote that homosexuals and LGBTI people should be beheaded. The police took him into custody and held him for 48 hours. LGBTI organisations were unable to get further information regarding the case.

During the presidential elections in March, several parties used homophobic hate speech in their campaigns. Civil society called on politicians to abstain from hate speech against the community.

Following the far-right Vox’s debut in the Senate, in February the party vetoed a motion to tackle homophobia in sports. In its election campaigns in May, Vox vowed to ban Pride marches and compared homosexuality to “bestiality”. In the November elections, Vox came in as the third strongest party.

The Minister of Internal Affairs, Süleyman Soylu made several anti-LGBTI statements along 2019. In May, LGBTI+ people were targeted by hate speech at a symposium organised by Turkish National Human Rights Institution (T?HEK). On 5 July, the Friday khutbah of Presidency of Religious Affairs read in all mosques, included anti-LGBTI statements.

Commenting on the rise of official anti-LGBTI hate speech, our Executive Director, Evelyne Paradis said: “The governments of some countries are overtly turning the tide on LGBTI and other minority rights, seeking to replace democracy and diversity with ‘traditional values’. Their voices may be loud, but we know that most EU member states want to see continual progress towards equality for LGBTI people in Europe and beyond.

Throughout 2020, LGBTI activists have been harassed, intimidated and threatened by well-known far right groups in Ukraine, while police and local authorities turn a blind eye. Here is activist Anna Sharyhina’s alarming story, and how you can lend her and other LGBTI Ukrainian activists your support.
read more
Blog

Poland has reached a dangerous boiling point in its state-driven discrimination against LGBTI people. The first episode of ILGA-Europe’s podcast, The Frontline, goes behind the scenes to talk about a way forward for LGBTI activism in the country. Here’s what it’s all about…
read more
News

We call on Turkey to respect, guarantee, protect and fulfil the fundamental rights of the LGBTI community without discrimination as enshrined by its Constitution and equality article therein (article 10), and ratified by human rights treaty bodies.
read more
News

What can be done to support the LGBTI community in Poland regarding the hate stirred through the “LGBT-free zones” and the threat to bring the authors of the Atlas of Hate to trial?
read more
Blog

Today, the European Court of Human Rights found Lithuania’s failure to investigate online hateful comments against a gay couple to violate their rights to private and family life as well as being discriminatory on the ground of sexual orientation.
read more
News

In what is seen as a first legal victory for LGBTIQ rights in Kazakhstan, the Central Asian country’s Supreme Court has overturned a decision by […]
read more
Press Release

On 28 November 2018, the swiss Senate of voted to criminalise hate speech and discrimination on grounds of sexual orientation, but refused to do the […]
read more
Subscribe to our newsletter
Subscribe
loading...