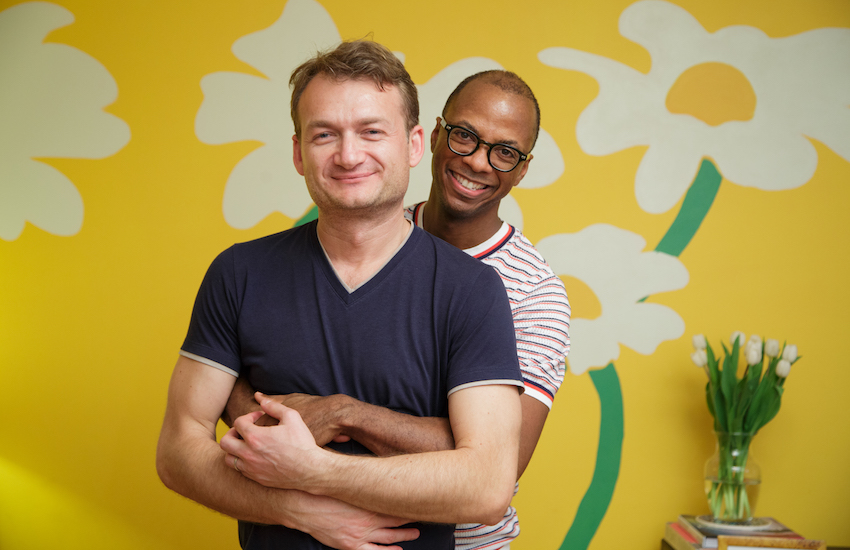 On 5 June 2018, the Court of Justice of the European Union (CJEU) issued a landmark judgement against Romania, recognising that the term spouse includes same-sex spouses under EU freedom of movement laws. Three years later, Clai Hamilton, spouse of Romanian citizen Adrian Coman, has not been granted residency yet. Now they’ve brought the case to the European Court of Human Rights (ECHR). Here, Adrian Coman talks about the original case, and his hopes with this latest development.

When Adrian Coman and Clai Hamilton first met, they did not know that the love they’d found would ultimately change the lives of rainbow families in the European Union. In 2010, while working at the European Parliament in Belgium, Adrian married Clai, a US citizen living in Brussels. Two years later, they decided to move and settle together in Adrian’s home country of Romania.

However, the Romanian authorities chose not to follow EU laws and refused to recognise their marriage, so Clai was not able to apply for a residence permit. Almost a decade on, the situation remains the same.

“I’m sorry to say that change in Romania has always come from abroad,” Adrian Coman told us in an interview for The Frontline, ILGA-Europe’s podcast. It was a decade ago, in 2001, that Romania repealed Article 200, which criminalised homosexual relationships, after receiving pressure from the EU with whom accession talks were taking place. Since then, the one relevant LGBTI related legal change in Romania has been an amendment to the Civil Code, prohibiting same-sex marriages and partnerships, and the recognition of those if they happened abroad.

“What I see is a resistance to change,” says Adrian of his home country. “Some governments think that a majority of Romania is against anything that has to do with LGBT people, therefore resist been seen as operators of change.”

In 2012 the couple turned to courts to have their marriage recognised for Clai to be able to have residence rights. Six years later, on 5 June 2018, the Court of Justice of the European Union (CJEU) delivered a judgment in favour of Adrian and Clai. It said that the definition of ‘spouse’ in EU law on freedom of movement includes same-sex couples. EU citizens and their families have the right to travel and reside freely within the territory of Member States.

The CJEU’s judgment meant that all EU countries must treat same-sex couples in the same way as different-sex couples when they exercise freedom of movement rights.

“This was a huge achievement,” says Arpi Avetisyan, Head of Litigation at ILGA-Europe. Arpi remembers celebrating when the judgement was published. It was great news for Adrian, Clai and all rainbow families in the EU. There was a sense of happy ending, not only with the case, but also with the positive media exposure it received. Other couples in a similar situation began to tell their stories.

However, it’s 2021 and Romania still has not implemented the EU judgment. Adrian and Clai’s marriage has not been recognised in the country and Clai remains unable to apply for residency.

“This case has been like a rollercoaster in a way,” says Arpi Avetisyan. “The struggle continues to ensure the judgment come a reality.”

Now, Adrian and Clai, with the help of ACCEPT , have submitted their case to the European Court of Human Rights (ECHR). “We are very optimistic,” says Adrian about the forthcoming decision. “While we never know how courts will decide, I think all the measures from the higher courts have been favourable. And it’s not surprising because I think the law [in Romania] has not been keeping up with the reality in society. We’ve only seen support and that’s the real change.

“One reason why we’ve stayed in it for so long it’s because we realised it’s no longer about the two of us. Clai and I are very lucky. We live in New York. I happen to be an American citizen at the same time, and we are here, recognised as spouses. We have the choice of not going to Romania now, of waiting… but other people don’t. We recognise the privileges that we have and we have to use them for those who are not in the same situation.”

Watch this space for the European Court of Human Rights decision on Adrian and Clai’s case, and listen to our full podcast below.

Three years ago, Adrian and his partner Clai were successful bringing their case to the Court of Justice of the European Union, which judged that […]
read more
Case Law

Recognition of same-sex marriages in the context of freedom of movement in the EU through the prism of implementation of CJEU’s Coman judgment.
read more
Press Release

In a landmark decision, issued this morning in what has come to be known as ‘the Coman case’, the Court of Justice of the European […]
read more
News

The Court of Justice of the European Union delivered a judgment today, saying that the definition of ‘spouse’ in EU law on freedom of movement includes same-sex […]
read more
News

Same-sex spouses are included in the definition of ‘spouse’, for the purposes of freedom of residence of citizens of the EU and their family members. This […]
read more
Subscribe to our newsletter
Subscribe
loading...