If the New Finnish Prime Minister, Sanna Marin’s Childhood is Anything To Go By, She’s Going to be an Able Match for the Far-Right 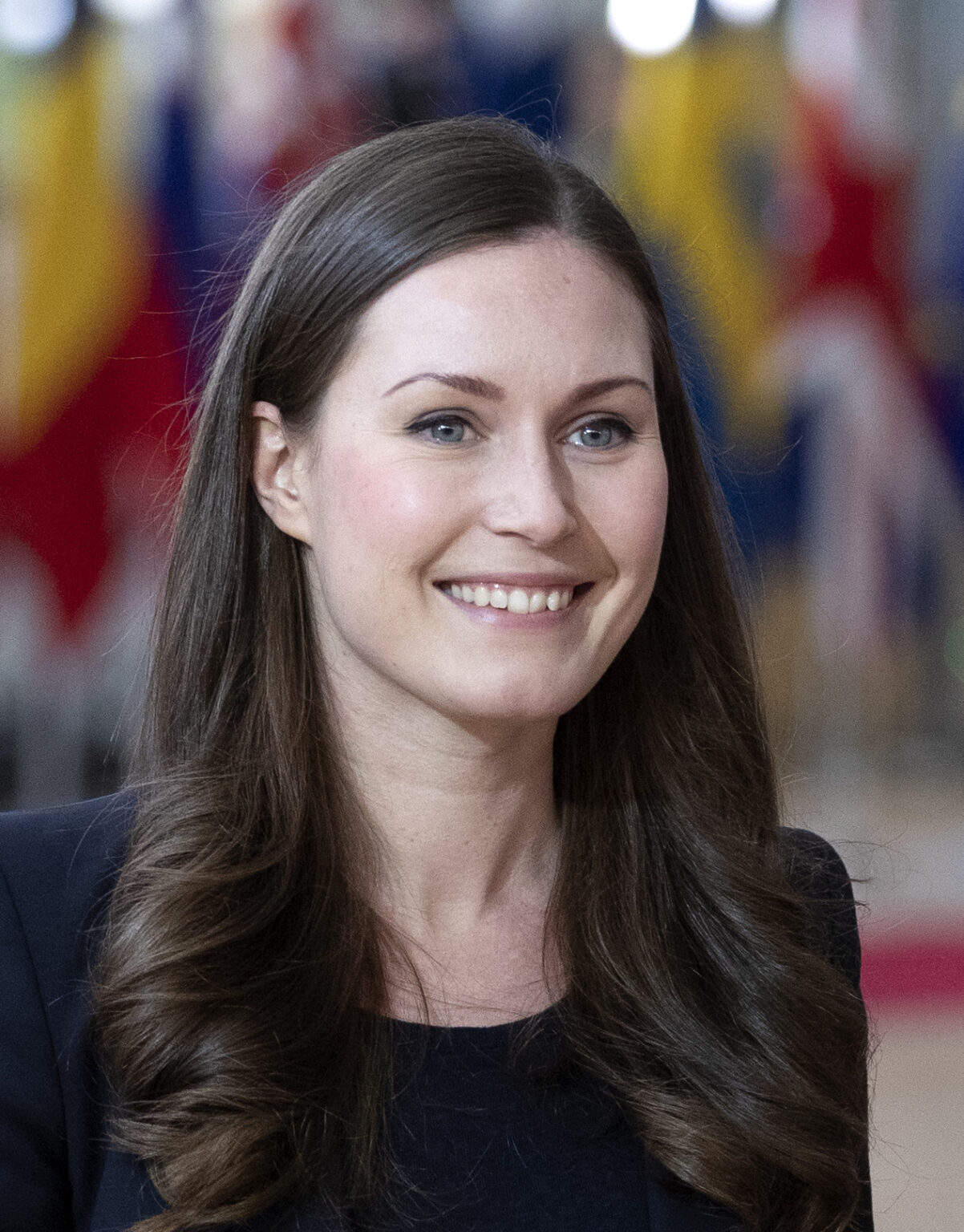 Raised in a rainbow family, 34-year-old Sanna Marin will lead a five-party coalition headed entirely by women in Finland. Her experience growing up with same-sex parents will shape her tenure as Finland’s youngest Prime Minister ever.

This week, Sanna Marin became the third female Prime Minister of Finland and the youngest head of government in the world at the moment. The rest of the Finnish coalition is entirely female led, formed by Li Anderson, Maria Ohisalo, Katri Kulmuni and Anna-Maja Henriksson. Only Henriksson, Minister of Justice, is over 35.

Marin has made global headlines for being currently the youngest Prime Minister in the world, for being the child of lesbian parents, for being part of an all-female coalition, but the truth is that the party she leads, the Social Democrats, are not so beloved in Finland. In fact, the country’s most popular politician is 48 year-old Jussi Halla-aho, the leader of the populist Finns party, which has almost twice as much support as the Social Democrats.

With Marin as Finland’s Prime Minister, that battle between is well and truly on and the world will be watching to see which style of politics comes out on top. Climate change, equality and social welfare are Marin’s top priorities. “Finland will not be finished in four years but it can get better,” she said recently on social media. “That’s what we’re working on. I want to build a society where every child can become anything and every person can live and grow in dignity.”

Marin was sworn into office on December 10 after the resignation of the leader of the Social Democratic party and at an agitated time in Finland, marked by strikes. She is a Member of the Parliament since 2015 and previously served as the Minister of Transport and Communication.

“For me, human rights and equality of people have never been questions of opinion but the basis of my moral conception,” Marin states on her website. After the separation of her parents, she was raised by her mother and her mother’s female partner.

In a 2015 interview, she said being the child of a rainbow family shaped her values as a politician. Two decades ago, diverse types of families were barely recognised in Finland and society was far less open to different sexualities. Marin acknowledged the isolation she suffered because she could not speak freely about her family.

“Silence was the hardest. Invisibility caused a sense of exclusion,” she said. “We were not recognised as a real family or equal with others.”

However, she did not encounter other difficulties the children of same-sex parents often face, possibly because of her tenacious personality. “I wasn’t really bullied at all. Even when I was small I was very direct and stubborn. I wouldn’t have easily stood for anything.”

This week’s world headlines won’t have done Marin any harm in terms of recognition in her country, but all eyes will now be trained on her as she fights to keep Finland’s political landscape centre-left while much of the rest of Europe continues to elect right-wing leaders, the landslide win for Boris Johnson in the UK being the latest. A lot rests on her shoulders, but that direct and stubborn personality, formed in the social exclusion of a rainbow family, might just be what’s needed to lead a coalition that can seriously challenge the popularity of Jussi Halla-aho and the Finns party.

When an EU country recognises a child and its same-sex parents as a family, all EU countries should recognise them as such, so to guarantee their freedom of movement. This is what the EU’s top court ruled in December. But how this case has advanced LGBTI rights in the European Union and what comes next for rainbow families?
read more
Press Release

Today, in a landmark judgement strongly welcomed by TGEU and ILGA-Europe, the European Court of Human Rights has ruled in favour of a woman in […]
read more
Blog

ON 5 JUNE 2018, THE COURT OF JUSTICE OF THE EUROPEAN UNION (CJEU) ISSUED A LANDMARK JUDGEMENT AGAINST ROMANIA, RECOGNISING THAT THE TERM SPOUSE INCLUDES SAME-SEX SPOUSES UNDER EU FREEDOM OF MOVEMENT LAWS. THREE YEARS LATER, CLAI HAMILTON, SPOUSE OF ROMANIAN CITIZEN ADRIAN COMAN, HAS NOT BEEN GRANTED RESIDENCY YET. NOW THEY’VE BROUGHT THE CASE TO THE EUROPEAN COURT OF HUMAN RIGHTS (ECHR). HERE, ADRIAN COMAN TALKS ABOUT THE ORIGINAL CASE, AND HIS HOPES WITH THIS LATEST DEVELOPMENT.
read more
Blog

Across Europe, the rights of rainbow families are divergent, yet every European country has one thing in common: legal protection for LGBTI parents and their children is stalling. To mark International Day of Families 2021, we look at the situations and challenges for rainbow families across the region.
read more
Podcast

Rainbow Family Rights in Europe – Part 4: At a Crossroads in Ukraine

Several pathways for partnership rights were part of the Ukraine took in EU-Ukraine Association agreement 2014-2016. Based on it the Ukrainian government developed a human […]
read more
Podcast

Three years ago, Adrian and his partner Clai were successful bringing their case to the Court of Justice of the European Union, which judged that […]
read more
BlogPodcast

Listen: Rainbow Family Rights in Europe in 2021 and Beyond

ILGA-Europe’s podcast The Frontline presents a brand-new mini-series looking at the many issues affecting LGBTI parents and their children across Europe.
read more
Podcast

In March 2021, Transgender Europe (TGEU) published the report, “Stuck on the swing: experiences of trans parents with freedom of movement in the EU”, in […]
read more
Podcast

We are joined by Danijel Kalezi?, president of the Governing Board of Queer Montenegro, which helped usher in legislation for civil unions for same-sex couples, […]
read more
News

The UN Committee on the Rights of the Child found that Finland failed to consider the best interests of the child of a lesbian couple when assessing his asylum request. Now the country is under an obligation to provide reparation.
read more
Blog

The shocking state of LGBTI children’s rights in Europe

We expect all children to be protected from violence and discrimination, and to have access to appropriate legal protection, but in the EU the truth is far from this case, and LGBTI children are particularly vulnerable. Here’s why.
read more
Press Release

A baby born to two mothers, one from Gibraltar and one from Bulgaria, has become a test case at the European Court of Justice for the freedom of movement of rainbow families in the EU. Read on and find out how to join our campaign for parents without borders!
read more
News

Reacting to the Hungarian parliament’s decision to adopt a law that will strip non-married couples of the right to adoption and two constitutional amendments which further restrict the rights of LGBTQ people, leading human rights organisations have come together to condemn the decision.
read more
Case Law

“Attitudes towards LGBTI people are changing and changing fast,” says activist, Lilly Dragoeva from the Sofia-based Billitis Foundation, in this episode of The Frontline, which […]
read more
Subscribe to our newsletter
Subscribe
loading...