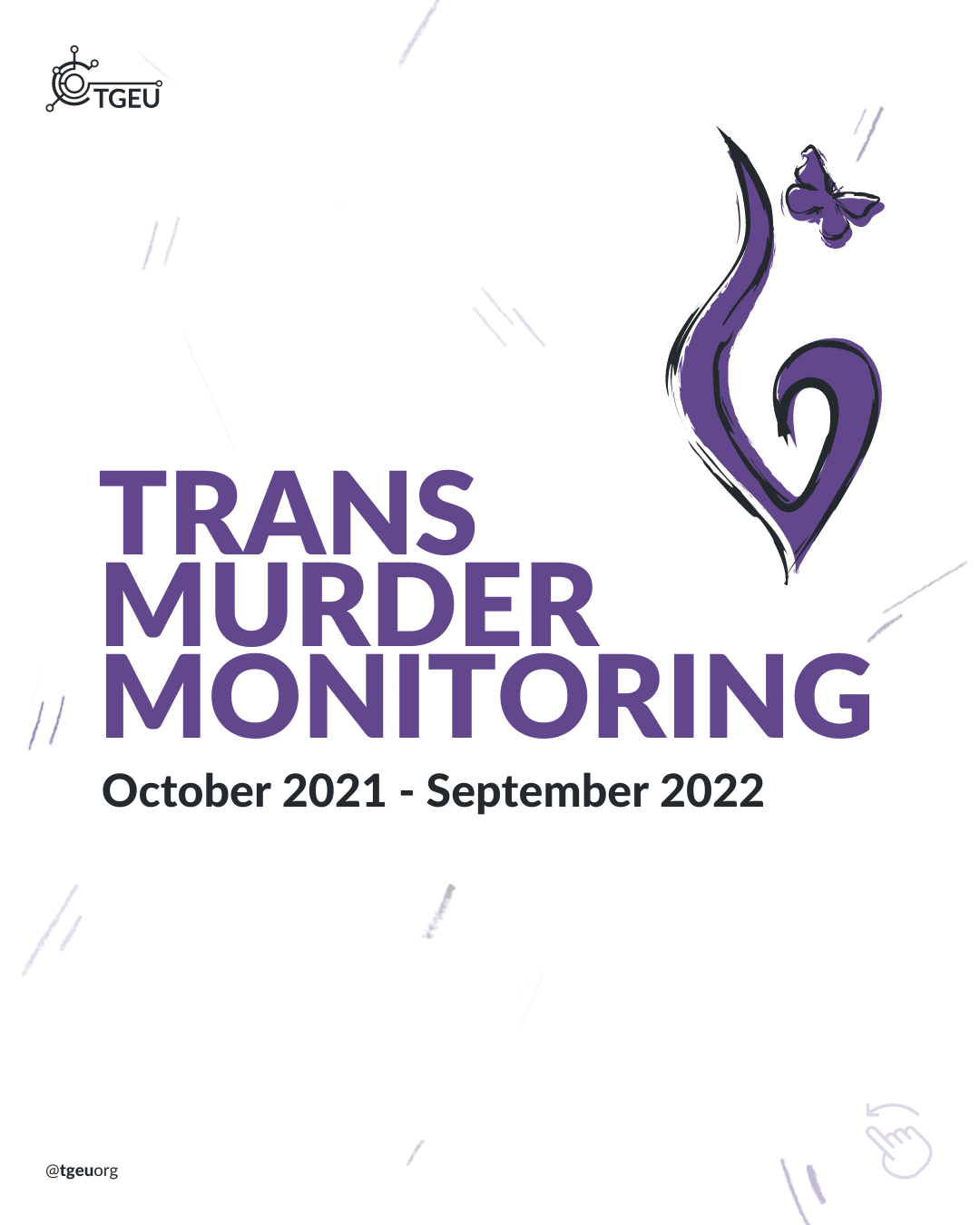 This year, for the first time, Estonia and Switzerland reported the murders of trans people. In total, the last twelve months saw 327 reported murders of trans and gender-diverse people in the world as a result of anti-trans violence, according to TGEU’s Trans Murder Monitoring. Although TGEU has been collecting information since 2008, most trans murders still go under-reported.

Sabrina Houston and Cristina Blackstar were both migrant, black and trans. They were both stabbed to death in their own homes earlier this year. They are two of the 327 reported murdered trans and gender-diverse people across the globe, according to the latest Trans Murder Monitoring report, published by TGEU in advance of Trans Day of Remembrance.

Trans Day of Remembrance (TDoR) is marked each November 20 to commemorate trans people whose lives were lost as a result of anti-trans violence. Sabrina and Cristina had their lives cut short in two countries that have not reported victims before: Sabrina was murdered in Taillin, Estonia and Cristina in Lausanne, Switzerland.

As with 96% of reported victims, Sabrina and Cristina were trans women or femmes. They were also racialised, as were 65% of the cases with data on race and ethnicity. Coming from Jamaica and Brazil respectively, Sabrina and Cristina were migrants, as were 36% of the trans people reported murdered in Europe. France, Georgia, Germany, Italy, the Netherlands, Sweden, Turkey and the United Kingdom are the other European countries which have reported victims too. In total, 14 victims were reported in the region, same as last year. With 222 cases, Latin America and the Caribbean continues to be the region reporting most of murders of trans people. No victims were recorded in Central Asia.

Altogether, the data continues to indicate a worrying global trend when it comes to the intersections of misogyny, racism, xenophobia, and hatred against sex workers, with most victims being Black and migrant trans women of colour, and trans sex workers. According to TGEU, these numbers are just a small glimpse into the reality on the ground. Most cases continue to go un-reported and, when reported, receive very little attention. “The Trans Murder Monitoring exists not only to highlight the horrific murders of trans people worldwide,” says Lukas Berredo from TGEU “but also to show the need to ensure that the voices of the most marginalised in our communities are heard and amplified.

Hundreds of trans and gender-diverse people are killed each year around the world as a result of transphobic violence. The murders of Sabrina and Cristina come at a time when anti-trans and trans-exclusionary rhetoric is on the rise in European countries. Decision makers must take a stance against anti-trans forces and in defence of human rights, so that everyone can enjoy their life in equality, freedom and safety.

In March 2021, Transgender Europe (TGEU) published the report, “Stuck on the swing: experiences of trans parents with freedom of movement in the EU”, in […]
read more
Blog

“Hope is my keyword for the year.”
read more
Blog

“There is so much strength found in solidarity, now more than ever.”
read more
Blog

“If we dismantle the gender binary, we will make life a lot easier for everybody.”
read more
Blog

“When we are connected, our voices are louder and more heard.”
read more
Press Release

We have created and will be updating this abbreviated timeline of what’s been happening over the past two years with the rise of official homophobia and transphobia.
read more
Press Release

Hours before International Day against Homophobia, Transphobia and Biphobia, the Swedish parliament declared their support for greater legal protection for trans people. There are two […]
read more
Subscribe to our newsletter
Subscribe
loading...