by Ciánan B. Russell, Senior Policy Officer at ILGA-Europe 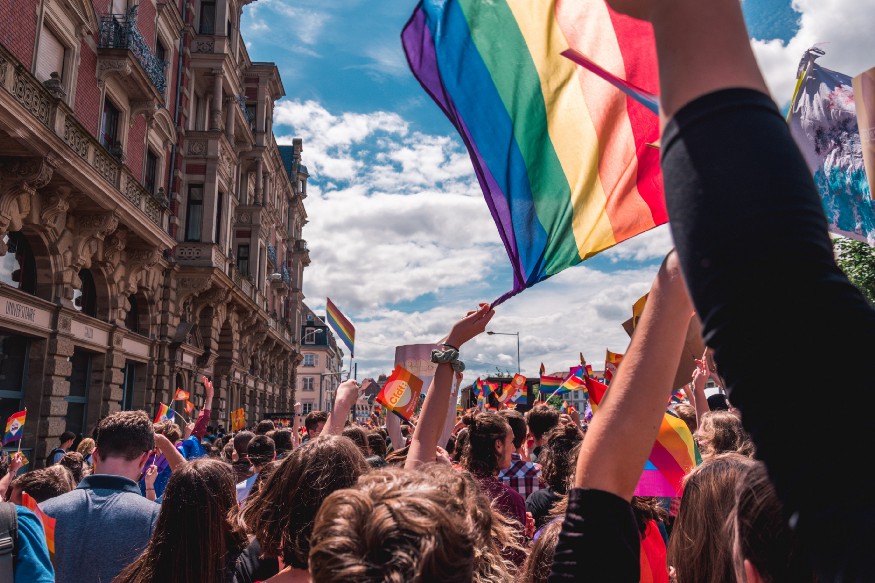 In moments like these, where even our former allies are using us to advance their own political goals, pride and its value become ever clearer.

Pride is protest and a celebration of our diversity. This June has brought a complex moment into focus — with a pride march returning to Warsaw just days after Hungary passed an “anti-propaganda” law banning the teaching of anything LGBTI-related in schools, as one governing party in Spain re-took control of the legal gender recognition law reform process from a politician who blocked the process for months and herself holds so-called “gender critical” views and a storm of online hate rocks LGBTI activists in Albania, and as the grip of the pandemic loosens in some parts of the region while others are still struggling to control the pandemic — a battle in which access to HIV prevention, testing and treatment, alongside vital care for trans and intersex people, were too frequently deprioritised.

This double-edged decrease in services exposed LGBTI people — as well as all people living with HIV, people with disabilities, migrants, racialised people, and systemically marginalised people — to a crisis in resources that has yet to be resolved. LGBTI organisations, as well as some HIV/AIDS response organisations, redirected resources to purely humanitarian means, dropping their vital advocacy and policy work to ensure that community members survive the COVID-19 crisis. This redirection created a chasm in the political space, which is especially dangerous — policy is moving forward, and too many of our demands fail to make it to the table.

In moments like these, where even our former allies are using us to advance their own political goals, pride and its value become ever clearer. Pride started as a protest, a riot against repression from a state determined to erase us — and most specifically those of us who are trans women, who are sex workers, who are migrants, who are Black and people of colour, those who are HIV positive. Those efforts from states remain, and we are left scrambling to meet our basic needs, let alone to advance protections of our human rights. But pride is our moment — one where we come together to heal, to regroup, to celebrate the beauty and brilliance of LGBTI people, and remains, at its core, a reminder to ourselves that we must continue to fight.

And when we fight, we win.

This blog was originally published by EATG.

Pride in the time of COVID-19

As 300 Pride events, and counting, have been called off across Europe, President of the European Pride Organisers Association, Kristine Garina talks about what this will mean for the LGBTI community, and how we can come together to rise to this critical challenge.
read more
Blog

COVID-19 and digital security: How to organise safe Prides online?

This year, Pride Month will be like no other. Despite the current challenges, it remains as the opportunity of coming together for equality and celebrating our diversity. Many organisations are getting ready for this important month of visibility by organising digital events. Are you wondering how your organisation can prevent possible attacks online this month? ILGA-Europe Programmes & Policy team shared some possible scenarios and tips for you!
read more
Blog

Protect, Adapt and Rally: A three-part plan to support the LGBTI movement through the COVID-19 crisis

The COVID-19crisis is generating complex challenges for the day-to-day work of LGBTI activist organisations, while it has become clear the global reaction to the virus is hitting marginalised communities disproportionally hard. ILGA-Europe’s three part plan seeks to help LGBTI organisations navigate and adapt to a constantly changing landscape, and work towards the time when the immediate crisis has passed.
read more
Blog

COVID-19: How to communicate clearly as an LGBTI group

The COVID-19 crisis situation is changing every day, and as an LGBTI organisation you are going to want to keep your audience updated about what specifically matters to them. ILGA-Europe’s strategic communications consultant, Sho Konno, gives his key advice for communicating at this time.
read more
Blog

The COVID-19 crisis is having far-reaching effects on now our organisations are working. ILGA-Europe are adapting and finding new ways to continue our work using online platforms and resources. Our Finance and Admin team have brought together a really great resource for online financial management througout this time of lockdown, and here they share their top tips.
read more
Report

As part of our ‘Protect, Adapt and Rally’ package, please find below an overview of leading pro bono service providers and clearing houses that are […]
read more
Report

COVID-19 is generating complex challenges and risks and while the virus does not discriminate, it is very clear that it hits marginalised communities in our […]
read more
Report

COVID-19 and the resulting measures to contain and combat the virus are generating complex challenges and risks. While the virus does not discriminate per se, […]
read more
Blog

“While the Coronavirus does not discriminate, it has hit vulnerable communities disproportionately harder.” This is the conclusion of ILGA-Europe’s rapid assessment report on the impacts of COVID-19 on LGBTI people, organisations, and communities in Europe and Central Asia. In this blog, ILGA-Europe’s policy team share the seven main areas of life in which COVID-19 has specifically impacted LGBTI people.
read more
Report

In times of emergency, International and European Human Rights Law enable States to derogate from their obligations and enter a different regime of legality; provided […]
read more
Subscribe to our newsletter
Subscribe
loading...