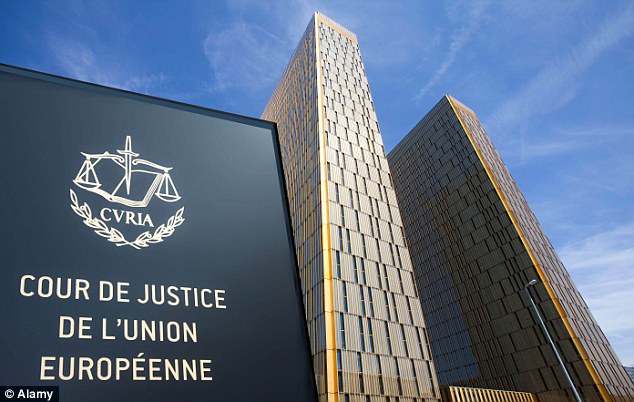 With EC infringement procedure against Poland still outstanding, the Court of Justice of the European Union (CJEU) has ruled that sexual orientation cannot be a reason to refuse or conclude a contract with a self-employed worker.

In December 2017, a self-employed worker and his partner published a music video on YouTube aimed at promoting tolerance towards same-sex couples. Shortly after the video went public, the worker’s shifts were unilaterally cancelled by his employer, Poland’s public television channel. Subsequently, no new contract for specific work was concluded with him.

For seven years up to release of the video, the freelancer had prepared audiovisual material for TP, a company that operates a nationwide public television channel in Poland. Considering himself to be a victim of direct discrimination based on his sexual orientation, the worker brought an action for compensation before the District Court of Warsaw.

The District Court sought guidance from the CJEU, wanting to know whether the EU Directive 2000/78 on equal treatment in employment and occupational activities precludes Poland’s national legislation. That legislation allows an employer not to conclude or renew a contract with a self-employed worker, based on that person’s sexual orientation, on the basis of the freedom of choice.

The EU Directive 2000/78, which covers a wide range of occupational activities, establishes a general framework for combatting discrimination based on sexual orientation. Therefore, the court was tasked with deciding whether the situation the self-employed worker found himself in fell under the directive.

In its judgement delivered today, the CJEU holds that the Directive 2000/78 must be construed broadly, covering the access to any occupational activity, even if the worker is self-employed under contract with an employer.

The Court noted that the directive seeks to eliminate, on grounds relating to social and public interest, all discriminatory obstacles to access to livelihoods and to the capacity to contribute to society through work, irrespective of the legal form in which it is provided.

According to ILGA-Europe’s Head of Litigation, Arpi Avetisyan, “Today’s judgement is another important step forward in strengthening the protection against discrimination in the workplace. The judgement clarifies that EU law protects from discrimination based on sexual orientation also for self-employed and thus reinforces the protection against discrimination equally for the self-employed across the EU. The judgement is especially crucial for LGBTI people in those municipalities in Poland which still have anti-LGBTI resolutions or family charters in place. We hope that Polish authorities will take the necessary steps to implement this judgement swiftly and make it a reality.”

In the summer of 2021, the European Commission (EC) announced infringement procedures against Poland and Hungary for the violation of fundamental rights of LGBTI people and non-cooperation on the matter. While the Hungarian case has been forwarded to the CJEU, the Polish case, despite theoretically being on the same institutional timeline, has not been brought to the CJEU yet, and no up-date is available at this moment of time.

According to ILGA-Europe’s Advocacy Director, Katrin Hugendubel: “In opening infringement procedures, the EC finally clearly stated that the Polish government is violating fundamental rights and that the EC cannot tolerate such violation and the unwillingness of the government to engage in sincere cooperation.

“Even if a few regions have withdrawn the so-called ‘LGBT free zone’ declarations, the discriminatory declarations still prevail on municipal, local and also regional levels. In order not to lose credibility, the EC needs to follow through the infringement procedure and to ensure that all such discriminatory resolutions are repealed.

“For years now, we have been observing some EU member states consistently testing EU democracy and the protection of the rule of law and fundamental rights. The infringement procedures sent a clear signal that enough is enough, and the EC needs to see it through.”

Today, the case of J.K. vs the Polish public broadcasting company TP, in which the applicant is seeking compensation for the discontinuation of his freelance […]
read more
Case Law

Recently, the European Court of Human Rights ruled in favour of a trans woman in Russia who was denied access to her children because of her gender identity and transition. Read on to find out how this may benefit all trans and LGBTI parents in Europe.
read more
Report

Over the past number of years, LGBTI people have come under increasing attack from ruling politicians, religious leaders and other public figures in Poland. This […]
read more
News

The European Court of Human rights has ruled that the refusing a mother custody of her youngest child on the grounds of her sexual orientation to be discriminatory and a violation of her right to private and family life.
read more
Podcast

According to ILGA-Europe, the infringement procedures announced by the European Commission today show that the EU has come to a tipping point; after years of […]
read more
News

On Feb 11, as the current KPH campaign draws to an end, we would like to create a Twitter storm to get the hashtag #infringementNow trending, asking why the EU Commission has not taken infringement procedures against Poland yet. Here is how you can help create this important moment.
read more
Press Release

The trial of three women accused of “offending religious beliefs” will take place, tomorrow on January 13 in Plock, Poland. The activists face up to two years in prison for disseminating posters of the Virgin Mary with a rainbow halo symbolic of the LGBTI flag. Six international human rights NGOs are calling for all charges to be dropped, and for the Polish authorities to amend their legislation and bring it in line with international and regional human rights standards.
read more
Case Law

Poland has reached a dangerous boiling point in its state-driven discrimination against LGBTI people. The first episode of ILGA-Europe’s podcast, The Frontline, goes behind the scenes to talk about a way forward for LGBTI activism in the country. Here’s what it’s all about…
read more
Case Law

We have created and will be updating this abbreviated timeline of what’s been happening over the past two years with the rise of official homophobia and transphobia.
read more
Subscribe to our newsletter
Subscribe
loading...