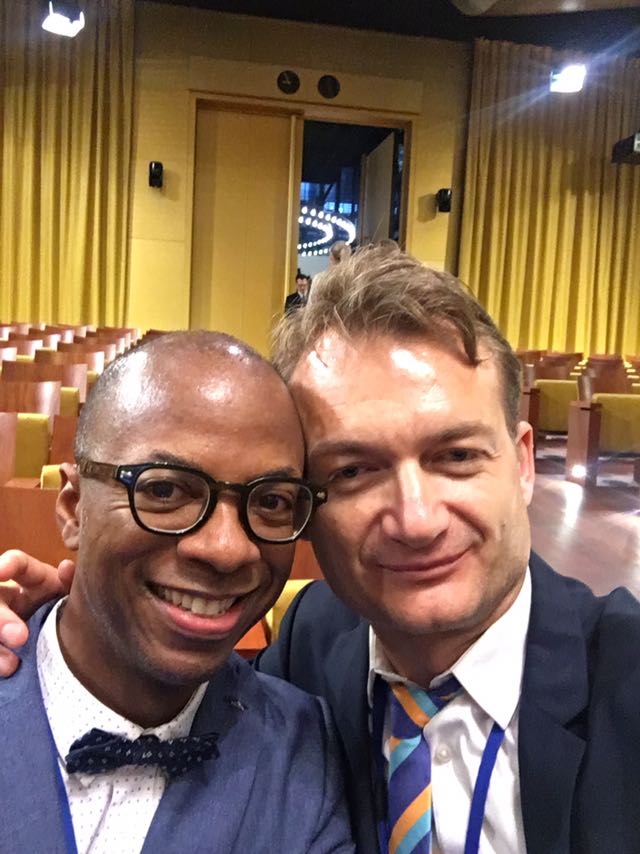 In a landmark decision, issued this morning in what has come to be known as ‘the Coman case’, the Court of Justice of the European Union has defined the term ‘spouse’ for the purposes of freedom of movement for the first time.

The CJEU judgment confirms that same-sex spouses of EU citizens are included in the definition, after a positive recommendation from the case’s Advocate General in January.

In a press release published this morning, the court notes that “…in the directive on the exercise of freedom of movement the term ‘spouse’, which refers to a person joined to another person by the bonds of marriage, is gender-neutral and may therefore cover the same-sex spouse of an EU citizen…”.

Today’s judgment means that all EU Member States must treat same-sex couples in the same way as different-sex couples when they exercise freedom of movement rights. Same-sex spouses of EU nationals must now be recognised and granted residence rights on an equal basis.

“Equality, fairness and pragmatism were at the core of today’s verdict from Luxembourg. The CJEU has acknowledged that rainbow families should be recognised equally in the eyes of the law on freedom of movement. Now we want to see the Romanian authorities to move swiftly to make this judgment a reality.” said Evelyne Paradis, ILGA-Europe Executive Director, as the decision was announced.

This momentous decision is the result of a lengthy legal challenge brought by Adrian Coman and Clai Hamilton, supported by Accept Association.

“We can now look in the eyes of any public official in Romania and across the EU  with certainty that our relationship is equally valuable and equally relevant, for the purpose of free movement within the EU. We are grateful to the EU Court and to the many people and institutions who have supported us, and through us, other same-sex couples in a similar situation. It is human dignity that wins today.” commented Adrian Coman this morning.

The Coman case clears up the legal uncertainty that many rainbow families currently face – on the one hand, EU law provided protection against sexual orientation discrimination and allowed for freedom of movement, but the EU’s law also left couples at the intersection of these situations in legal limbo. Following today’s ruling, that contradictory scenario will be eradicated.

“From the first moment that ILGA-Europe intervened as a third party in the Coman proceedings at national level in 2016, we could see the immensely positive impact the case could have. It will increase legal protection and certainty for same-sex couples – something that should not be underestimated. This clarity will be felt not just by couples in Romania, but all over the EU, highlighting the power of strategic litigation and the enduring relevance of the EU and its laws in people’s lives.” remarked Arpi Avetisyan, ILGA-Europe Litigation Officer.

Romania currently sits at 35th place out of 49 countries on ILGA-Europe’s Rainbow Europe ranking of LGBTI law and policy and same-sex couples currently have no legal protection.

Romani?a Iordache, Vice President of ACCEPT Association and member of the legal team reacted: “Today, Adrian, Clai and ACCEPT won a great victory for same-sex couples across Europe. Starting from this moment onward, all EU norms applying to spouses should also equally to all same-sex families. Romanian authorities now have an obligation to respect the CJEU decision, and ensure residency rights and minimal recognition for all same-sex families in a similar situation.”

ILGA-Europe send all our congratulations to Adrian, Clai and everyone who has supported them on this journey! Their experience means that, in future, same-sex couples and their families will be able to move within in the EU and live their lives free from barriers that once separated them from their family.

Read our Q&A on the Coman Case Judgement here.