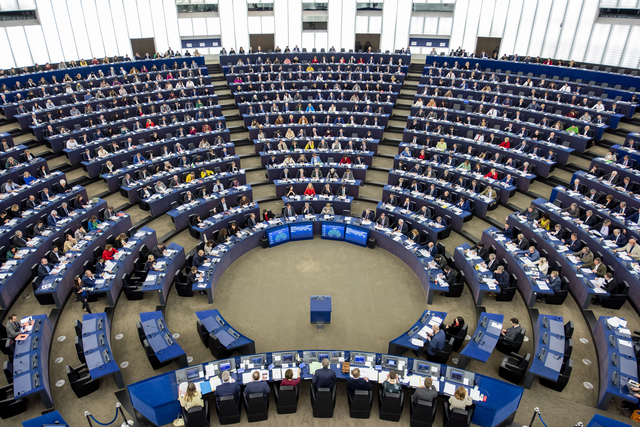 With the highest voter turnout the European elections has seen since 1994, so too arrives the largest number of MEPs elected committed to LGBTI equality.

ILGA-Europe is ready to work with the 215 MEPs from eight different political groups who signed our ComeOut  pledge and thus promised to actively protect and progress the human rights of all LGBTI people in Europe and beyond concretely at EU level.

“There is both a strong will and urgent need for LGBTI equality to be a definitive political priority over the next five years at EU level. This is clear, not just from the sheer number of MEPs that have pledged to work with us, but also from commitments made by the main political party leaders. A first crucial order of business is to harness all this support to make sure that LGBTI equality features explicitly as a priority of the next EU Commission in the form of a robust and comprehensive EU strategy on LGBTI human rights.” said ILGA-Europe’s Executive Director, Evelyne Paradis.

With over 1650 candidate signatures across all EU Member States, ILGA-Europe’s ComeOut campaign showed how much support for LGBTI equality has grown within the EU, and this amidst an increasingly polarised social and political climate at both national and supranational levels.

“It is truly encouraging to see the large number of candidates from many different political groups who rallied around our call for equality. In today’s world, cross-party support is the best response to anyone who fuels polarisation and division. It is a clear sign that our work is about standing up for inclusive and fair societies” said Paradis. “We look forward to working with our ComeOut elected MEPs through a re-established LGBTI intergroup which will not only ensure solid, strategic and meaningful collaboration across parties, but also hopefully build strong alliances with other groups in the Parliament to secure human rights, freedom and equality for all in the EU.”

What can MEPs who signed the ComeOut pledge concretely do to advance LGBTI equality?

Over the next five years, we will need strong efforts from the European institutions, ensuring full protection against discrimination for LGBTI people and finally advancing the protection of human rights of trans and intersex people.

ILGA-Europe needs our supporters to lend all their support to ensure that the EU Commission adopts a strong EU strategy on LGBTI equality. Within this framework, we will need the active support of MEPs on the following specific policy and legislative priorities as outlined via ILGA-Europe’s ComeOut pledge: