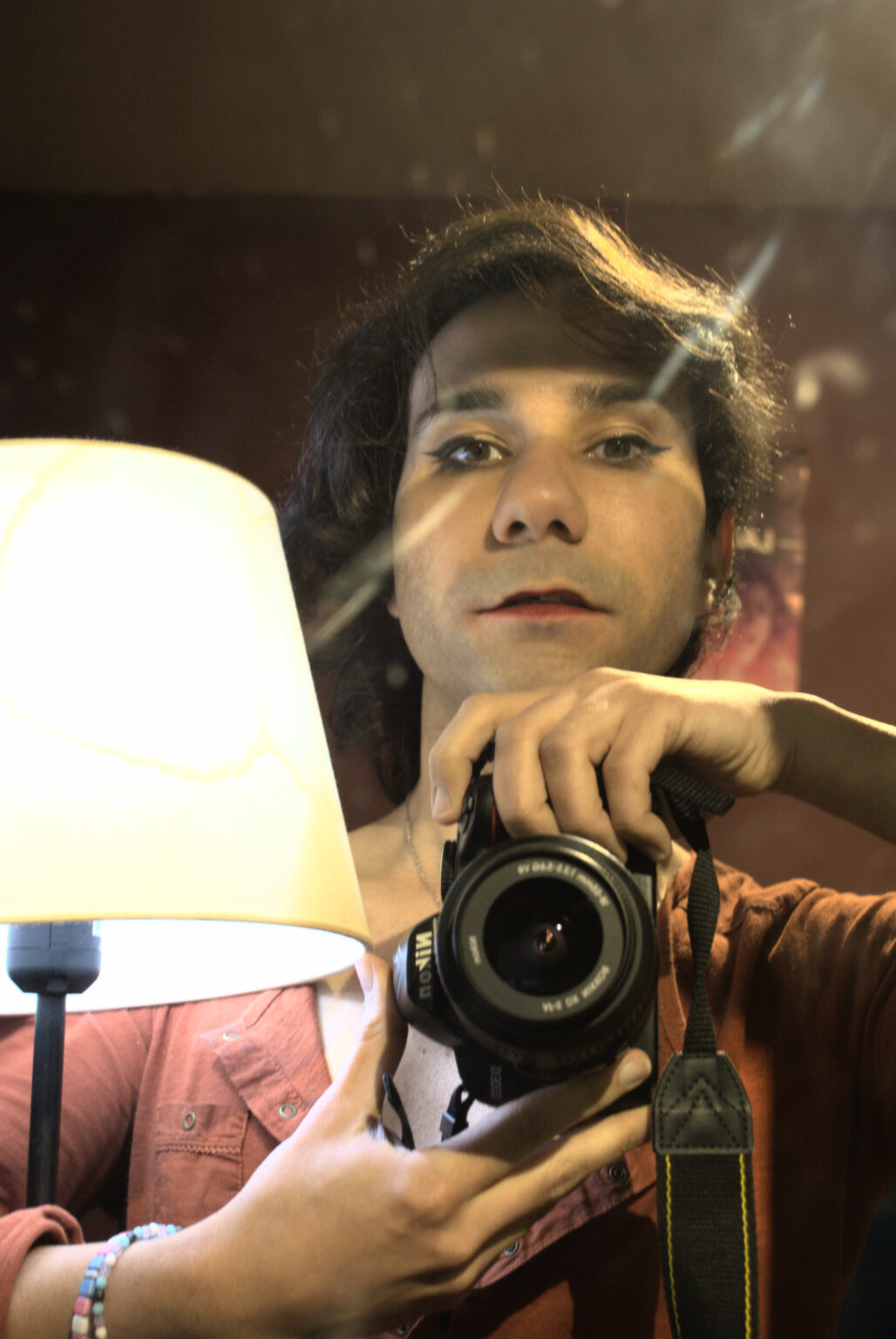 “Hope is my keyword for the year.”

For her, the city has more to it than its renowned bull fights. “Pamplona’s Old Quarter is one of the most progressive places in Spain,” she says. “This is something people don’t know.”

Ariadna is a trans lesbian activist who holds a PhD in linguistics. On our zoom call she wears her personality with ease, red lipstick, black thick eyeliner and two bracelets worn over the left sleeve of a grey swan neck sweater, give her an air of casual sophistication. Her local LGBTI movement may not be as well-known as that in Chueca, Madrid’s iconic LGBTI friendly district, but it’s a strong and bonded community. “We’re really connected and have a lot of fun, and we are fighting for a lot of things here. At the moment, we’re fighting against the public cut of funds of centre Harrotu, one of our queer spaces in Pamplona.” Harrotu, in Basque, means pride.

Having lived in many different places, Pamplona is where Ariadna finally feels at home. “I had to escape my home, although I am not the classic runaway” she says of her previous travels. “I know what that means. I know what it is to be personally affected by hate. It’s terrible.” Pamplona is a place where she can be her true self, although she never takes this for granted. “The LGBTIQ community is really really strong here, especially the lesbian community.”

Born in Buenos Aires, Argentina, her family moved first to Santiago, Chile and then to Spain. After almost a decade in Barcelona, she came back to Pamplona a year ago. Her parents live in the same town, but her family and she have not been able to rebuild their relationship back. “I wish things were different,” she says.

By mid-March 2021 the long-awaited trans law proposal, pushing towards self-determination, was submitted to the Spanish Congress. It has not been easy: just a few weeks earlier, arguments within the coalition government seemed to have blocked the proposal for good. Hundreds of trans activists and their relatives went on hunger strike in Madrid to protest this, until eventually the proposal was moved forward.

“I’m not sure if the bill will pass or not,” says Aridana, “but I think things will improve. I would like Spanish society to keep moving and keep advancing. There’s a lot of hope. Hope is my keyword for the year”.

However, in Spain the far-right is still on the rise, as well as numbers of trans exclusionary radical feminists (TERFs), and there hate speech, both in social media from public authorities on a daily basis. Despite this, Ariadna keeps her spirits high and doesn’t let fear in.

“If you are happy with your life, you don’t go bashing people around,” she says. However, she’s more concerned about the very present threat of physical violence in her everyday life. “It’s tiresome, maybe that’s the word for it.”

Ariadna believes in the power of language to make change. “Information for the LGBTIQ community here is well-intentioned but outdated,” she says. “Making English-language resources more accessible is one of my dreams, but it’s not a challenge I can take on by myself.”

Before coming out as trans and lesbian, Ariadna struggled for a long time with both her gender and her sexuality because she had no references, no mirrors. “Trans lesbian visibility is something that is really lacking. Eventually, I fully embraced that being trans is compatible with any sexual orientation and I started the journey of becoming my whole self. It’s my hope that that everyone will understand this soon too, especially among LGBTI communities. We are a minority within a minority.”

This year, for the first time, Estonia and Switzerland reported the murders of trans people. In total, 2022 saw 327 reported murders of trans and gender-diverse people in the world as a result of anti-trans violence, according to TGEU’s Trans Murder Monitoring. Although TGEU has been collecting information since 2008, most trans murders still go under-reported.
read more
Report

In March 2021, Transgender Europe (TGEU) published the report, “Stuck on the swing: experiences of trans parents with freedom of movement in the EU”, in […]
read more
Blog

“There is so much strength found in solidarity, now more than ever.”
read more
Blog

“If we dismantle the gender binary, we will make life a lot easier for everybody.”
read more
Blog

“When we are connected, our voices are louder and more heard.”
read more
Press Release

Hours before International Day against Homophobia, Transphobia and Biphobia, the Swedish parliament declared their support for greater legal protection for trans people. There are two […]
read more
Press Release